CEI Makes the Case against the Use of Antitrust Law

Politicians and pundits across the ideological spectrum often call for greater competition in the marketplace. While their favored means vary widely, the view that current antitrust law is necessary to ensure competition, and should be applied more vigorously than it has in recent history, is common across the American political landscape. As this paper demonstrates, a rethink of the existing antitrust paradigm is long overdue.

Op-eds, articles, and commentary from CEI experts on antitrust.

Op-eds, articles, and commentary from CEI experts on antitrust.

Deepfakes and Beyond: Who Wins if Social Media Platforms are Regulated?

How Regulation of "Harmful Speech" Online Will Do the Real Harm

Big Tech vs. Free Speech? It's Not that Simple

The Case For Repealing Antitrust Law

Disney and Fox Merger Will Boost Competition; That’s Good for Everyone

No, Amazon Isn’t a Monopoly Just Because It Bought Whole Foods

Google is many things – but not an illegal monopoly

The Case against Antitrust Law

The Competitive Enterprise Institute (CEI) launched a new video, “Antitrust Explained,” disputing recent calls by politicians and academics to use antitrust laws and regulations to break up large companies.

The video provides a history of antitrust policy in the United States and explains the negative impact these laws and regulations can have on the market, consumers, and our economy.

Today’s body of antitrust laws is the culmination of over one hundred years of unclear objectives, contradictory interpretations, and controversial court decisions. At its most basic, antitrust is regulation restricting certain business arrangements and decisions. In the U.S., the stated aim of antitrust law is preserving competition in the marketplace to the benefit of consumers.

2. Why was antitrust created and what’s its history in the U.S.?

The earliest impulses towards federal antitrust legislation grew out of dissatisfaction with the railroads of the late nineteenth century, which were themselves government granted monopolies. When the problematic results of this government-created uneven playing field began to surface, so did political alliances calling for corrective government action. To that end, rate discrimination was outlawed with the passage of The Interstate Commerce Act passed in 1887. By 1888, antitrust planks appeared in both of the major political party’s platforms..

This is a paragraph. Click here to add / edit your own text. This should be used to tell a story and let your users know a little more about your product or service. How can you benefit them? 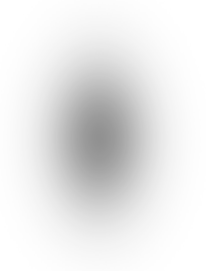 Today’s body of antitrust laws is the culmination of over one hundred years of unclear objectives, contradictory interpretations, and controversial court decisions. At its most basic, antitrust is regulation restricting certain business arrangements and decisions. In the U.S., the stated aim of antitrust law is preserving competition in the marketplace to the benefit of consumers.

2. Why was antitrust created and what’s its history in the U.S.?

The earliest impulses towards federal antitrust legislation grew out of dissatisfaction with the railroads of the late nineteenth century, which were themselves government granted monopolies. When the problematic results of this government-created uneven playing field began to surface, so did political alliances calling for corrective government action. To that end, rate discrimination was outlawed with the passage of The Interstate Commerce Act passed in 1887. By 1888, antitrust planks appeared in both of the major political party’s platforms.

The most contentious point of antitrust law debate was to follow; Congress passed the Sherman Act in 1890. Whether the intent of the lawmakers was consumer welfare, outlawing certain business practices, preventing cartels, or blocking mergers has been the subject of debate ever since. Section I of the Sherman Act prohibits contracts, combinations, and conspiracies in restraint of trade or commerce. Section II outlaws monopolization, conspiracies, and attempts to monopolize. There are also criminal consequences for violations and obligations for federal officers to institute equity proceedings on behalf of the public good.

The Democratic Congress of 1914 made a two-pronged attempt to strengthen antitrust policy. The House created the Federal Trade Commission, while the Senate took the lead in creating the Clayton Act that same year. The Act attempted to provide clarity to the courts by expressing naming prohibited practices and forbade tying and exclusive dealing in situations where the practice could significantly reduce competition.

The next century saw continued ambiguity and action in antitrust law. Cases included numerous suits against IBM, the National Bell telephone system being broken into so-called Baby Bells by consent decree, and the case against Microsoft in the late 1990s.

3. Was it effective in achieving its objective?

Since the true aim of antitrust law has been unclear from its inception, it’s difficult to claim the policy has been a success. But the Microsoft trial is a useful example of the intrinsic failures of antitrust policy.

The charges against Microsoft ring hollow to readers today. And for good reason; the market was already responding to technological changes toward high-speed Internet, web-based computing and ultimately today’s handheld devices that render Microsoft’s dominance in PCs vastly less influential. The charges illustrate that government antitrust enforcement is perilously slow compared to the creative destruction of the marketplace and highlight the hubris of regulators who think they can know the future of technology. Years of litigation and millions of dollars later, the case against Microsoft seems silly, wasteful, and superfluous - because it was.

4. Did it have any other effects?

The real cost of antitrust is the innovation it prevents, therefore it’s hard to quantify the extent and specifics of the harmful, unintended consequences. But undeniably, the looming threat of antitrust action has hindered business decisions that may have proved beneficial for consumers and wealth accumulation by entrepreneurs. Antitrust has also certainly cost taxpayers plenty in public enforcement. Antitrust action has also introduced a public choice problem in that regulators may exercise their powers to promote their own preferred policy positions. This dynamic leads to intense lobbying by regulated entities for both relief from antitrust regulation and for benefits of barriers to entry that limit competition from new entrants in the market.

5. What alternatives to antitrust exist?

Creative destruction in the unfettered marketplace is a much better guarantor of consumer benefit than clumsy antitrust law. Economist Joseph Schumpeter aptly identifies creative destruction as the positive force that drives innovation and raises standards of living for consumers. It was this creative destructive in the marketplace, not antitrust law, that displaced Kodak, Blockbuster, MySpace, local taxi monopolies, and many more. Capitalism has lifted more people out of poverty than any other socioeconomic system ever attempted. Antitrust regulation slows this engine of growth, rather than improving it.

6. Are those alternatives more or less effective?

Markets move faster and have better information than regulators. No depth of expert knowledge can rival the price signals and inherent incentives of the marketplace. Bureaucrats cannot predict the future and have failed, often tragically, when they attempt to do so. Markets are also more reliably objective than the whim of regulators or politicians. Federal Trade Commission regulators and Department of Justice lawyers are only human and commensurately vulnerable to biases and opinions.

7. What is Hipster Antitrust?

Sometimes called “hipster antitrust” or “the new Brandeis School,” there is a resurgent line of attack from enthusiasts for antitrust regulation that emphasizes that company size and consolidation are problematic in themselves, and that therefore companies like Amazon and Google should be the subject of antitrust action even if they are not monopolies in any generally-accepted sense. As such, far from being a new school of antitrust, it represents a throwback to the “big is bad” approach that characterized antitrust action before the adoption of the consumer welfare standard. Furthermore, the “hipster antitrust” approach has so far failed to substantiate its claims, while its supposed benefits are speculative. Its approach therefore appears subject to the same criticisms outlined above.

The Competitive Enterprise Institutes advocates abolishing antitrust law, removing the remaining government monopolies, and preventing the creation of new ones. It’s the barriers to creative destruction caused by over-regulation that should be removed. For example, eliminating the financial regulation that makes launching an initial public offering of stock prohibitively expensive would spur more creative destruction in the marketplace. On the flip side of the coin, new regulation of today’s big tech firms could do more to lock their dominance into place than to restrain them. If today’s gang of FANG is allowed to trade curtailed behavior for barriers to entry of tomorrow’s competitive threat, innovation will slow and consumers will suffer. Let the lawyers stamp out fraud and let the market do its job.

Regulators should use the law proactively to break up companies that are abusing their market power and restore a competitive market. The size of a company is a good guide as to when this should be done.

Abuse of market power is rare and dominant market positions can be achieved through delivering improvements in consumer welfare. Therefore, antitrust laws should be used not to break up companies that have grown big through successful competition, but to address instances of collusion, price fixing, or other anti-competitive behavior.

Few economic concepts elicit such strong reactions as that of monopoly, and the policy intended to address it—antitrust regulations (called competition policy in the European Union). Yet, both supporters and opponents of antitrust regulations agree on one fundamental point—that effective competition is vital to the American economy and the welfare of its citizens. However, they differ in how the law should encourage this. There are essentially three schools of thought regarding antitrust policy:

For more than two decades, the willingness of policy makers to rethink the presumption that economic regulation automatically benefits consumers has driven the deregulation of the transportation, telecommunications, banking, and electricity sectors. Yet antitrust regulation enjoys continued esteem in both the business and popular press. High-profile antitrust enforcement actions increasingly constitute a business hazard for aggressive, successful firms, threatening to disrupt innovation and economic growth.

Since economic regulations—including antitrust—transfer wealth, they inevitably attract political entrepreneurs seeking entry or price regulation to hobble or preempt competition. Thus, a more skeptical interpretation of antitrust activism is that antitrust benefits political "entrepreneurs" rather than consumers. Such enforcement for competitive advantage often harms consumers by increasing prices and decreasing output by undermining little-understood efficiencies. Rethinking the true impact of these practices, from "collusion" to "predatory pricing" to "discrimination," should be a goal of policy makers.

RETURN TO THE TOP